For a long time my resume looked like a list of unrelated fields.  I painted houses, taught English and philosophy in high school, taught tennis, taught philosophy in college, operated a small for-profit consulting and training business in which I taught communication and problem solving, served as state director for a non-profit organization (SANE) working on issues of nuclear weapons and a just and prosperous economy, wrote occasional editorials for newspapers, came to Queens to teach, then became dean and provost, and for close to the last decade  have been teaching philosophy again. 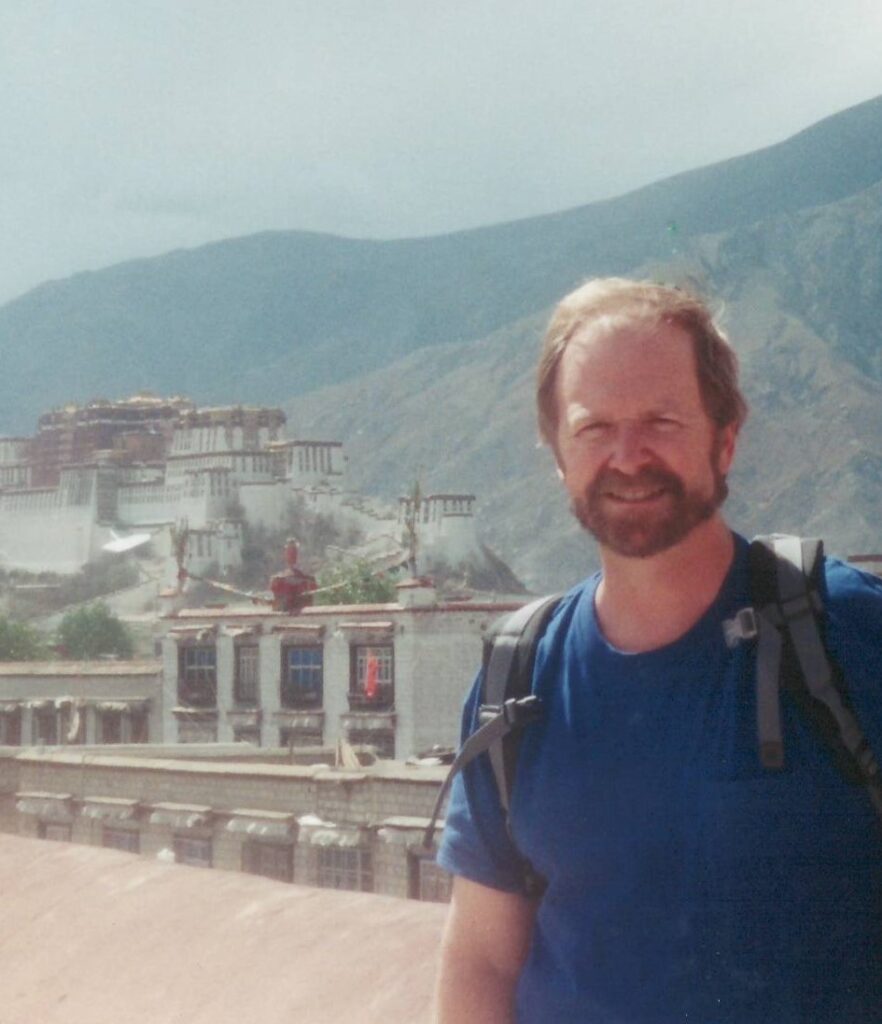 In front of the Potala Palace, the winter home of the Dalai Lama, in Lhasa, Tibet, 2002, on a student study trip.

I have recently retired from my position as professor of philosophy at Queens University of Charlotte, where I taught for 30 of the 47 years in my teaching career.  I’ve studied and taught a wide range of subjects, from ancient philosophy to contemporary philosophy, from ethics to political philosophy, from pragmatism to philosophy of religion, from existentialism to Zen.

I would understand if you looked at the list of topics I’ve taught and said that they, too, look like a list of unrelated fields!  What holds all my courses (loosely) together is a statement by William James that I read while in college:

For me, the most interesting and valuable aspects of philosophy relate to how it shapes and reflects our lives.  The best philosophies are drawn from our experience, shaped by wonder and critical analysis, and then worked into a worldview that we try out again on our lives.  Repeat for as long as necessary….  The philosophical quest is messy, often frustrating in its lack of clear answers, and about as exciting and worthwhile a human activity as there is.

In short, philosophy for living today is the most important function of philosophy and thus the name of my website.  I’m looking forward to seeing it develop, and I look forward to your responses.