By Dr. Norris Frederick
First in a series 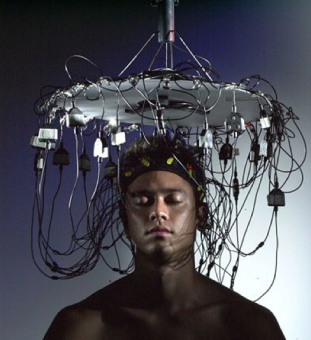 Thanks to those of you who responded to my most recent post about an assignment from my “Philosophy for Life” course, based on Nozick’s thought-experiment, “The Experience Machine.”  The ultimate virtual reality device, this machine can give you any experience you desire.  Any. I asked whether you would “plug into this machine for life, pre-programming your life’s desires.”  If not, why not: “What else can matter to us, other than how our lives feel from the inside?”[1]

For those of us who are getting a bit older (which I suppose would include everyone, wouldn’t it? …but you know what I mean), Dr, Nancy Gaillard wrote, “I think about this quite a bit as I realize there are so many things I can no longer do or places I can no longer go.” Instead of just occasionally having dream-fragments about running fast, I could program into the machine many long runs and even road races where I do well and have a great time, followed by delicious thirst-quenching beers being absorbed into my slim body (okay, I really went overboard, even in my imagination, with that last adjective).

But then Nancy went on to write, “I suppose that this kind of machine would be good but nothing compares to the actual adventures, both good and challenging, that give us perspective.”  There are several “what else matters to us” in her thought:  actuality, adventures, challenges, and perspective.  We might call each of these things a “good,” a type of thing that is desirable or has value for humans.

Let’s consider the first in the list, which I’ll call reality.  Reality matters to us, even though it is not always pleasant.  The first time I did this thought experiment with a class, one guy said, “Yes, I would plug in.”  When asked why, the student did not give a list of pleasures (such as endless ice cream sundaes, a date with the sexiest singer, etc.), but said “I can be with my friends whenever I want for as long as I want.”

“Aww, that’s sweet,” someone said.   Then someone questioned whether “for as long as I want” is true friendship.  Finally another student hit the nail on the head:  “You aren’t really with your friend, you’re just experiencing what appears to be your friend, but it’s not your friend.  It’s all you, it’s all in your head.”  “Ohhhh,” the first student got it.

Why This Thought Experiment?

A thought experiment is an imaginative exercise that gives us an opportunity to test our concepts and their limits, how they connect with other concepts, and which concepts are incompatible.  This particular thought experiment, for almost everyone, shows the limits of pleasure.  Pleasure is a fine thing indeed, but it’s not the only thing, and there are limits to the value of pleasure.  We value reality, too, even though we can’t always control it.  This lack of control makes possible adventures (if it’s all controlled, as in Disney World, it’s not really an adventure) and challenges, which we also value.  Our dealing with and reflecting about reality over time makes possible perspective.

I find this thought-experiment not only intriguing, but also vital as it leads us to ponder the values and limits of pleasurable experiences.  It’s easy for my students and the rest of us to recognize how those addicted to drugs value the drug pleasure and/or absence of pain over any other good:  relationships, family, health, and even food.  And for at least part of the time, they use the drugs successfully to avoid reality.  Poor them, we say.

It’s harder to recognize that for many of us non-drug addicts in the developed world, and certainly in the United States, there are ways in which we actual do inhabit the experience/pleasure machine a great deal of the time.  Most of us have “smart” cell phones, which remain a constant focus throughout the day.  To be sure, one of the reasons many people like the phones is that they offer extensions of real friendship, through voice, text, and email.  But those phones also provide endless distractions from our present reality:  cat videos, likes on Facebook, YouTube, music, Netflix, that ad that just popped up for shoes…. Then add time on the computer with all the preceding, and we actually are spending a good deal of time just seeking pleasurable experiences, whatever rocks your boat.

One measure of a person’s true values can be found in their expenditures.  How much do you or I spend a month on cell phones, cell phone service, and cable service for television and internet?

Again, in itself pleasure is a good, and as humans we are clearly wired to, …well…, like pleasure.  But it’s a matter of balance.  Aristotle is right: “What we need, in order to live well, is a proper appreciation of the way in which such goods as friendship, pleasure, virtue, honor and wealth fit together as a whole.”[2]

5 Replies to “What Else Matters? Reality.”